Knights of the Event

It was very early in my life that I realized I was a nerd. With that fact now being established you can understand why I say music is much like the force. In George Lucas’ Star Wars movies the force is an ancient power that connects everything in the universe. It flows through all living things and can be used by a force wielder to affect your actions, thoughts, and life. One of the more famous groups of force wielders are the Jedi. A Jedi Knight practices his art for many ye

Don’t be a line dance snob. We all know them; the ones saying things like “Line dances are for amateurs,” “Real men don’t line dance” and so forth. At some point, we became so caught up in looking cool (and appearing less than perfect on camera phone videos) that we decided to forego maximum fun for a watered down version. Some of us decided that “The Electric Slide” was for old people, that “The Cupid Shuffle” was lame and that the “Wobble” was an inferior opt in for the les

Rob sat down with me the other day, here are some highlights from our conversation. Chris: How long have you been DJing? Rob: 15 yrs! I started in college as an asst. DJ (I guess you would call it that) with Ken Berger (DJ Kenny B). I was doing an internship w/ a company he worked for and he asked me if I wanted to work with him on some DJ gigs and learn the trade. Like most college kids, it seemed like a cool way to make some cash and have fun. I had no idea I was learning s

My name is Chris "DJ Karizma" August. I am Professional Multi-Genre DJ from the country of Belize (Caribbean/Central America), where I was doing destination beach weddings and special events for more than 10 Years. I bring international experience to my events, having played for people from all over the world as well as traveling to different countries to play for clients that love my Caribbean - North American fusion style of playing. I now live in Hampton, Virginia where I

Every piece comes together!

Working for the public has played a significant role in helping me with my clients. I truly believe that it has helped shape me to be flexible, reliable and fun! I have worked in many different capacities and have utilized the different skills to make my events the best that they can be. A little background… I started off working for the City of Suffolk during the summers while in high school. I learned about the different functions of the various departments and how
1
2 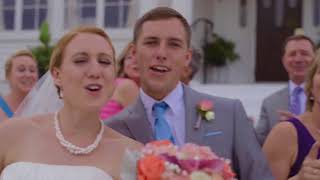